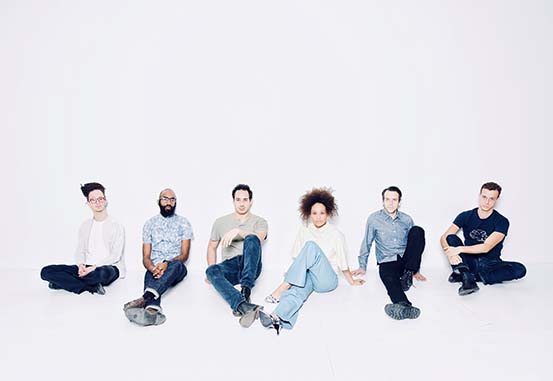 Called “one of the most exceptional violinists and fiddlers of his generation” by WGBH, Grammy Award nominated violinist and composer Jeremy Kittel’s music inhabits the space between classical and acoustic roots, Celtic and bluegrass aesthetics, and folk and jazz sensibilities. According to Bluegrass Situation, Kittel & Co. has “accomplished a feat of new acoustic, string band-rooted chamber music.” Kittel & Co. includes mandolin phenom Josh Pinkham (named “the future of the mandolin” by Mandolin Magazine), genre-bending guitarist Quinn Bachand (a presidential scholar at Berklee College of Music), transcendent cellist Nathaniel Smith (as heard with Sarah Jarosz and Kacey Musgraves), and hammer-dulcimer wizard Simon Chrisman (acclaimed for bringing a new tonal flexibility to the instrument). Kittel & Co.‘s most recent album, Whorls, is a dazzlingly original work, referring to patterns of spirals, an apt metaphor for the undulation between the outsize skills and free-spirited instincts that drive its sound. Premiering as #1 on the Billboard bluegrass charts, EarMilk calls the album ‘a gentle, genre-bending masterpiece.’ As well as creating his own projects, Kittel composes and arranges for artists such as Abigail Washburn, Aoife O’Donovan, My Morning Jacket, Camera Obscura, Jars of Clay, Yo-Yo Ma and the Silk Road Ensemble, Laura Veirs, and the Grammy-winning Turtle Island Quartet (of which he was a member for five years). He has also recorded with artists such as Edgar Meyer, Chris Thile, Mark O’Connor and Mike Marshall.

In the ten years since her arrival in New York, Gretchen Parlato has emerged as one of the most inventive and mesmerizing vocalists of her generation. In an artful communion of space, texture and a genre-bending repertoire, she has introduced a musical sea-change, making the power of subtlety front and center in jazz. Parlato´s new album and DVD set, Live in NYC, serves as both a gift of gratitude for those loyal fans and a window into her captivating concert performances. Style Weekly gives insight to her live performances, saying "in performance, jazz vocalist Gretchen Parlato is a revelation… her diaphanous voice expands into an instrument of impressive range, rhythmic sophistication and emotional power." For Parlato, the release of Live in NYC is an opportunity to take a pause and look back over what has been a remarkably active and creative decade, and also to pay tribute to the city that has made it possible. "This album represents the beloved live performances we´ve shared over many years of playing together all over the world," says Parlato. "Though, it´s especially personal for me to have recorded in New York City, as 2013 marks 10 years of calling NYC my home after moving from Los Angeles." In documenting the evolution of song and artist, Live In NYC both captures the kinetic energy of the room and reveals the tender relationship between artist and audience. It is, at its core, a joyful expression of Parlato´s heartfelt appreciation for those she has met along the way.

Select date and time on calendar to buy tickets!