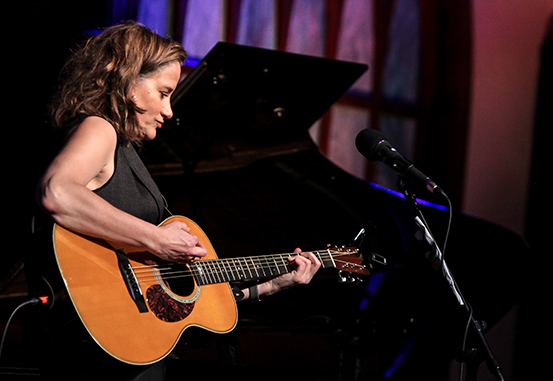 Seriously Entertaining, New York’s premier literary cabaret series showcasing writers and their passions, is an intellectual roller-coaster of a show. The Wall Street Journal calls it “Think-y entertainment for New York’s book-loving crowd,” The New York Times says it’s “a literary mixtape [with] perfect flow and variety,” and CBS Local News adds: “You have never seen a cabaret quite like this…. The lineup includes some of the most brilliant minds in the literary and artistic worlds.”

Seriously Entertaining packs a big punch, regularly hosting talent such as Eve Ensler, Margo Jefferson, John Guare, Jason Reynolds, PJ O'Rourke, Loudon Wainwright III, Steven Pinker, Kevin Young, and Damian Barr.  The show asks each writer to riff on a given theme for ten minutes only. Whether the result leaves you howling with laughter or sorrow, it will be an evening you’re sure to remember.

Seriously Entertaining is the flagship show of House of SpeakEasy, a not-for-profit arts organization dedicated to connecting writers and audiences in innovative and sustaining ways – in classrooms through our SpeakTogether writing workshops, in the community with our book truck, and at Joe’s Pub.

Tatyana Fazlalizadeh is a painter whose work ranges from the gallery to the streets. Her street art series, Stop Telling Women to Smile, can be found on walls across the globe. She is currently the inaugural Public Artist in Residence for the New York City Commission on Human Rights, a year-long residency that will present the experiences of anti-black racism and sexual harassment experienced by New Yorkers through public art. Tatyana has been profiled by The New York Times, NPR, MSNBC, The New Yorker, Time Magazine, and listed as one of Brooklyn’s most influential people by Brooklyn Magazine. She is a 2015 Forbes 30 Under 30 recipient. Tatyana's work can also be seen on Spike Lee's Netflix series, “She's Gotta Have It,” for which she is also the show's Art Consultant. Her first book is Stop Telling Women to Smile.

Philip Kennicott, the senior art and architecture Critic of the Washington Post and a former contributing editor for the New Republic, won the Pulitzer Prize for Criticism in 2013. His new book is Counterpoint: A Memoir of Bach and Mourning.

Chip Kidd is an award-winning graphic designer and writer in New York. His groundbreaking book jacket designs for Alfred A. Knopf have elevated the form for close to three decades. His first novel, The Cheese Monkeys, was a national bestseller. His most recent book, Go: A Kidd’s Guide to Graphic Design, is the first book to teach graphic design to children and has over 60,000 copies in print. He is the recipient of the National Design Award for Communications, and his TED Talk has been viewed over 1.6 million times.

Anne Nelson has received a Livingston Award for her journalism and a Guggenheim Fellowship for her historical research. A graduate of Yale University, she has taught at Columbia University for over two decades, first at the School of Journalism and then at the School of International and Public Affairs. She is a member of the Council on Foreign Relations and the New York Council on the Humanities. Her previous books include Red Orchestra, a New York Times Book Review Editors’ Choice, and Suzanne’s Children, a finalist for the National Jewish Book Award.